Enjoy an Excerpt from Going HARD 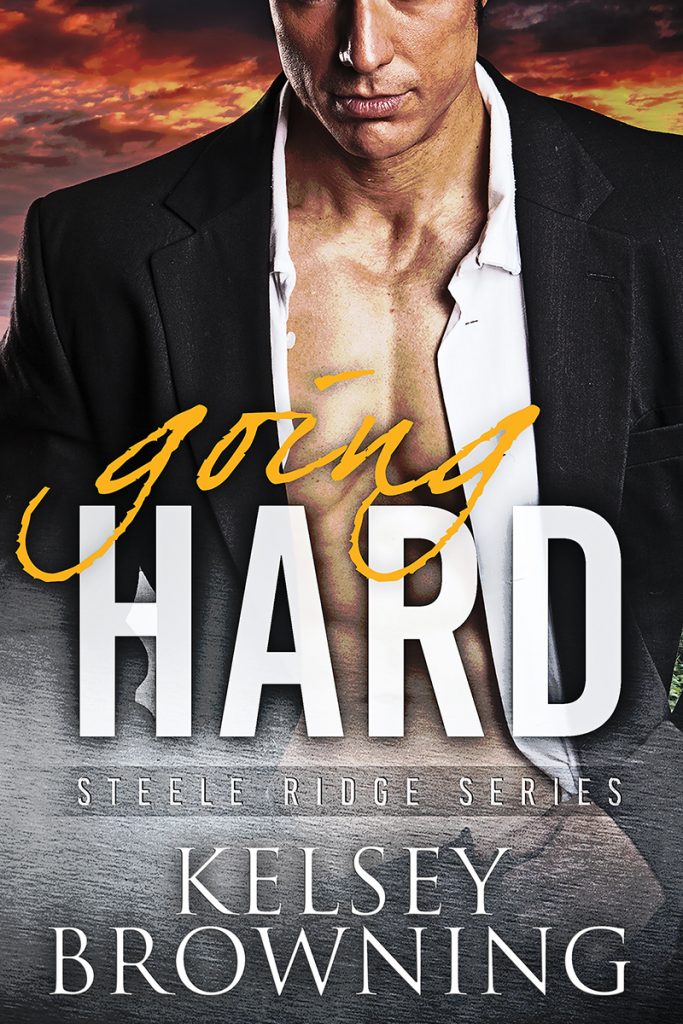 A vee of sunlight splashed across the wood floor, signaling someone coming in the front door. Carlie Beth bolted behind the bar and crouched down. Maybe she could snag a drink and get out before whoever it was saw her. She grabbed a highball glass and quickly filled it from the soda gun. The sweet scent from the soft drink was too much of a temptation and she gulped down several swallows, making her head contract in a painful brain freeze. “Ugh,” she moaned but went back for more, draining the glass.

“Dean,” a male voice said from somewhere disturbingly close by, “I talked with the GM and straightened out the misunderstanding about your surgical consult. Believe me, he wants you back on the ice as much as you want to be out there.”

At the man’s rumble above her, every tiny hair on Carlie Beth’s body did a Don King imitation. She hadn’t heard that voice in years, not until his mom’s sixtieth birthday party a few months back. He’d called out to her, his smile just as charming and sinful as she remembered. Panic had swamped her, and she’d hightailed it out of there, leaving her best Pyrex bowl in the middle of the food table.

But one night fifteen years ago that voice had whispered the smoothest dirty talk Carlie Beth had ever heard directly into her ear. While the man himself was sliding inside her.

“Yeah, this is exactly the reason you pay me the big bucks.” His low laugh shimmied through Carlie Beth. “I’ll check in with you when I get back to town.”

His Carolina Boy drawl had matured into the intoxicating smoothness of expensive artisanal whisky. And she knew the risks of bingeing on it.

“Anyone here?” he called out. “Because I could sure as hell use a drink.”

An arm came over the bar top to snag a glass and she squeezed closer to the shelves. The next time she had a craving for a Cheerwine, she would stop at the Sack & Snack before coming in here. But for now, she was trapped.

“Hope you don’t mind, but I’m making my own.” His words were accompanied by the sound of liquid being poured.

She could pretend she was in a bubble, unable to see or hear anything, and just waddle her butt back to the hallway. But she wasn’t a timid little girl. She was a grown woman. A strong woman, who didn’t hide from things. Okay, so maybe she’d hidden a thing or two, but she had to face the man she knew was on the other side of this bar.

Carlie Beth filled her lungs with air, then lifted her head.

He was leaning over the wood expanse, staring down at where she was crouched next to the extra shot glasses. Every molecule she’d just inhaled whooshed back out.

His eyebrows drew in over his nose. “Carlie Beth, what are you doing back there? And why do you look like you just lost a mud-wrestling match?”

Griffin Steele was one of those men born on a day when God was in an excellent mood. Artfully mussed golden-brown hair and eyes the blue of titanium welded too hot. A face that made angels break out into The Whip and a smile that made women like Carlie Beth lose their panties.

Fifteen years ago, those laugh lines around his eyes and mouth hadn’t yet put in an appearance. Now, they hinted that he was a man who’d been around the block. Probably in a Mercedes Benz with a number of beautiful women riding shotgun. At that thought, something that felt oddly like jealousy sparked inside her midsection.

No, that was just her stomach growling from missing lunch. Because one look at Grif and she’d realized he was the masculine version of the Mad Batter Bakery’s sinful hazelnut cream cheese puffs. Delicious, but so dangerous. Few women could resist that kind of temptation.

You can. You have. And you will.

With Grif staring, uneasiness swarmed over her. The sweat on her skin was cooling, making her shiver. Her hair was half stuck to her face, half a bedraggled tail hanging limp on her shoulder. No makeup. Not a speck. Seven-year-old jeans and a Canyon Ridge band booster T-shirt from Aubrey’s drawer.

This was what happened when Carlie Beth put off doing laundry. Her face went hot because although she was a mere bra size bigger than Aubrey, that shiver had woken up her nipples, now clearly visible against her snug shirt. “I…uh…wait tables here. I was just grabbing a soda before getting cleaned up.”

She tried to get her legs to work, but the damn things were apparently just as affected as her lungs. Get your shit together, you two.

“Looks like yours is empty.” Grif leaned farther over the bar top and held out the glass he’d already filled. “Here. Take mine.”

She couldn’t tear her attention away from his hands. Those long, talented fingers were able to finesse a curveball and a woman’s curves. Tan and obviously strong, they did more for her than seeing another man’s naked body. “No, I couldn’t—”

So he was still a gentleman, something she’d found hard to resist years ago and couldn’t seem to hold out against now, either. Her hand was shaking as she reached up and took the lowball glass. She tried not to touch him, but it was impossible. Her fingertips grazed his knuckles, shooting heat up her arms and into her torso.

Grif’s gaze dropped to her chest, held there for long enough to make the soft fabric of her bra feel scratchy and binding, almost unbearable against her tight nipples. When he finally looked up, his eyes had darkened to navy.

She knew that color.

It was the color of sex.